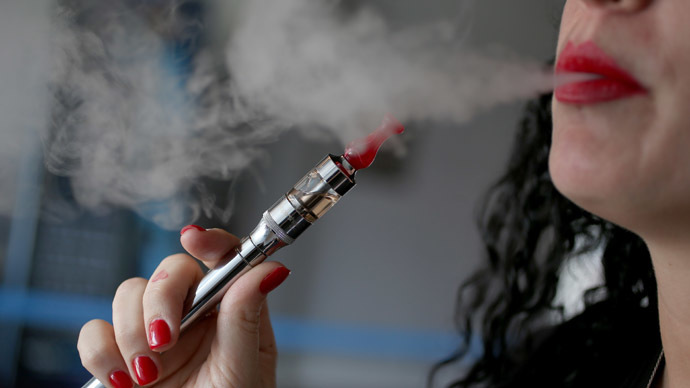 Electronic cigarettes contain up to 10 times more cancer-causing substances than regular tobacco, according to the latest study by Japanese scientists.

A team of researchers from the Japanese Health Ministry examined the vapor, finding carcinogens like formaldehyde and acetaldehyde. The former was found in quantities exceeding traditional cigarettes by 10 times.

“Especially when the… wire (which vaporizes the liquid) gets overheated, higher amounts of those harmful substances seemed to be produced,” researcher Naoki Kunugita said.

Kunugita wanted to raise awareness about the fact that “some makers are selling such products for dual use (with tobacco) or as a gateway for young people” to start a smoking habit.

E-cigarettes are largely represented as a safe way of smoking, not harmful to one’s health.

The report was submitted on Thursday by Kunugita and his team at the National Institute of Public Health, AFP reported. Japan’s Health Ministry stated that it is examining the results to develop ways to regulate e-cigarettes.

The researchers analyzed several kinds of e-cigarette fluid, using a special ‘puffing’ machine that inhaled 10 of 15 puffs of vapor.

Since they appeared in 2003, invented by a Chinese pharmacist in Beijing, their use has skyrocketed into a market worth about $3 billion. Bloomberg Industries say sales of e-cigarettes will exceed those of traditional cigarettes by 2047.

Japan, like many other countries, doesn’t regulate electronic cigarettes, so they can easily be bought online, but are not available in shops sometimes.

In August, the World Health Organization urged the governments to prohibit the sale of electronic cigarettes to minors, saying the devices represent a “serious threat” to unborn babies and young people.

The WHO also called to ban e-cigarettes in indoor spaces.

A month later, France introduced a ban on smoking electronic cigarettes in schools, on public transport, and in enclosed workplaces.

E-cigarettes have just been banned in Punjab, India, in an attempt to curb smoking, especially in educational institutions.

Earlier this year, US health authorities said that the number of young people who have tried e-cigarettes tripled from 2011 to 2013.